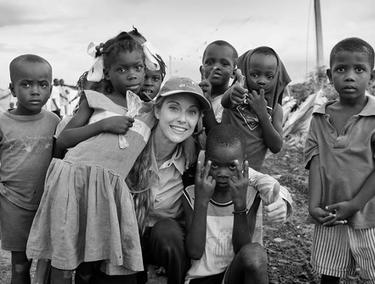 Here are links to Jessica's recent work on CNN

Jessica Ellis is an award-winning producer, video-journalist and photographer. She produces, films, photographs, writes and edits long and short-form feature programs for television broadcast. She can also work with non-profits, business entrepreneurs and educational organizations to build print and digital platforms.

For the last 15 years Jessica Ellis has produced and filmed award-winning international special features for CNN International including the half-hour programs African Voices, Inside Africa and the environmental series Going Green with Philippe Cousteau.

"I first created this company while I was a full time producer at CNN International. I felt in order to tell the stories that did not have a budget or priority on CNN, I needed to do them on my PTO (personal time off). I wanted to give the voiceless a voice and raise awareness. I knew human interest stories, triumph over tragedy stories, environmental stories had a place on CNN but I felt we just didn't have the time or money most of the time to cover these stories."

For the past 6 years, Jessica has been filming and photographing medical missions with Operation of Hope in Zimbabwe, Africa and for 10 years has been photographing and reporting on endangered species, animal welfare and environmental issues all around the world.

Jessica in the field, on the story, with camera in hand